Taking one of the Boston tours can be an excellent way to be sure you get everything out of your trip to a city like Boston. The great city of Boston is the capital of Massachusetts and is a city filled with a rich historical background. Boston was the site of early European settlement, dating back as far as 1629. 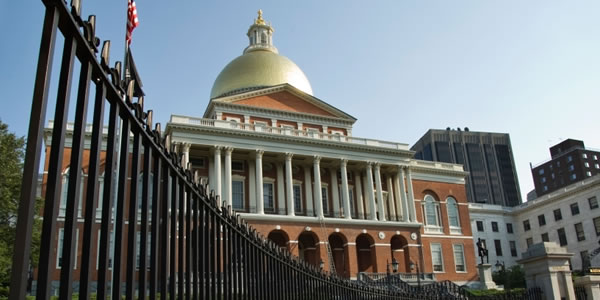 The city of Boston also features the chance to see attractions like the famous Boston Red Sox baseball team at the historic Fenway Park. The city is also a hotspot for recreation and nightlife.

Boston is the host to the world-renowned Boston Marathon and also features many great parks including Boston National Historical Park. Like most large cities it has plenty of interesting museums and art attractions to be seen. While in Boston you could have the opportunity to see the Museum of Fine Arts, the Boston Symphony Orchestra, Museum of Science, among many others. Boston features a beautiful “Boston Harborwalk” which allows you to explore the beautiful wonder of the ocean waterfront.

Take a look around and see the local artists as well as the filming location of the movie “The Departed”. The great thing about Boston is its versatility. No matter what you are interested in seeing or doing, whether it’s nightlife, recreation, historic sites, etc. Boston has it all and somewhere there is a tour for you. You can enjoy anything from day tours, tours of specific locations, tours that let you have the flexibility you want or tours that take you through incredible miracles of nature.

The amazing city of Boston is not something you can experience completely by yourself. There are too many things to miss if you don’t pay attention or know where you’re going. With a city that has so much to offer, it begs the question “What are you waiting for?” Boston tours can all be prebooked on the Boston guide.

Chinatown
A small Chinatown crammed with shops, restaurants, and more than 6,000 residents, located between South Station and Boston Common.

Long Wharf
This is where the boats and sightseeing cruises dock, and is the best palace to travel to the islands from. State Street

Harvard Square
A historic square in Cambridge with Harvard University.

Boston Subway
The Red and Orange lines travel generally north-south; the Blue and Green lines travel east to west. The Green Line splits into four branches going west that are known as the B, C, D and E lines. The Red Line splits in two directions going south that are known as the Braintree and Ashmont branches. Directions are marked “inbound” (into the center of Boston ) and “outbound” (away from the center of Boston ). The subway stops between midnight and 2 am. Unlimited ride subway passes are available.

Boston Cycling
The Minuteman Bikeway is an eleven-mile paved path and follows that taken at the beginning of the Revolutionary War. However, just cycling around Boston’s streets can be downright dangerous, Boston holds the dubious mantle of being the “Worst city for cycling”. This is mainly due to the narrow streets, heavy traffic, and minimal bike lanes. So the best tip here is to cycle at your own risk.

Boston By Foot
The Centre of Boston is easy to walk around. The best areas to walk through and explore are Back Bay, Beacon Hill, Downtown and the North End.

Boston Driving
The best tip here is don’t bother. Driving in Boston can be a nightmare, most drivers have their own rules and the congestion is horrendous. Parking is also a problem with the spaces rare and the prices high. All the major car rental agencies operate in Boston with most being located at the airport.

Boston Taxi
There are plenty of taxi’s to be found in Boston, however, the fares can be pricey. You can try hailing a cab but that doesn’t always work, the best place to look for a taxi is outside a hotel.
The two main Taxi companies are
Independent (617 426 8700)
Metro Cab (617 242 8000)